What do you get when creamy, tangy yogurt meets the indulgently thick, spreadable goodness of a soft cheese? None other than the irresistible Mediterranean staple: labneh (LEB-nay)! With some olive oil, savory za’atar spice, and fresh herbs thrown into the mix, you’ll want to serve this luscious labneh dip with just about EVERYTHING.

It’s got the classic, sour tang that you know and love from a Greek yogurt, but with a richer, creamier texture that’s closer to cream cheese or a soft goat cheese. Perfect for spreading onto toast or sandwiches, or serve as a prepared labneh dip with pita bread, raw veggies, crackers, or any dippers that you like!

I wouldn’t even blame ya if you go at it with a spoon, it is THAT lush and delicious. You can find pre-made labneh at some gourmet or ethnic stores, then use that to make your labneh dip if you like. But, for your kitchen adventurers, I’ll show you how to make labneh for yourself at home—and how unbelievably easy it is!

What is Labneh and is it Yogurt or is it Cheese?

Labneh is a traditional dish from Mediterranean and Middle Eastern cuisines that’s a must-have in many households, much like hummus. You may have even enjoyed some labneh dip with pita at a restaurant before, without ever knowing the delectably savory mystery spread’s name!

The simplest, most general description of labneh you’ll find all over the internet is: ‘a thick, tangy, creamy yogurt cheese.’ Pretty much, labneh is like a SUPER strained Greek yogurt, with a spreadable texture that’s closer to cream cheese.

Sometimes it’s called labneh yogurt, sometimes labneh cheese, and sometimes labneh is referred to as a yogurt cheese. Call it whatever you want! Really, it’s just the most delicious hybrid of yogurt and cheese that you ever will eat.

Strain regular yogurt even longer, until it loses most of its liquid, and you’ll have an even thicker, denser yogurt-cheese—known as labneh cheese. Sour and tangy similar to Greek yogurt, but smoother and richer in texture. Depending on how long it’s strained, that texture can vary from softer and smoother, to thicker and more solid like a block of cream cheese.

Like Greek yogurt, labneh is low in calories and contains a fair amount of protein. It does tend to be higher in dietary fat, mainly because most Greek yogurt comes in nonfat and low-fat varieties. (For comparison, labneh usually contains about half the fat and calories of standard cream cheese.)

Labneh also is a quality source of probiotics—a.k.a. beneficial gut bacteria—much like Greek yogurt. But, since labneh is SUPER strained, it’s generally lower in lactose than Greek yogurt and often better tolerated by those with dairy issues!

How to Make Labneh with Whole Milk Yogurt

Traditionally, making labneh starts with making your own yogurt from full-fat milk. Or, you can take a shortcut by starting with Greek yogurt that’s already partially strained. I’m showing you how to make labneh from regular whole milk yogurt, and how to make labneh dip for serving!

If you know how to make Greek yogurt, this process will look very familiar. For best results, I recommend using a high-quality full-fat yogurt if you can find one, or you can also try making labneh with a full-fat goat’s milk yogurt. You also have the option of stirring a teaspoon of salt into your yogurt before straining, or you can add some later when you make your labneh dip.

First, place a large fine-mesh sieve or strainer on top of a deep bowl—deep enough that there are a few inches between the sieve and the bottom of your bowl. Line your sieve with a few layers of cheesecloth, or whatever you have that can strain your yogurt. I’ve seen people use a tea towel, a clean old T-shirt, or even coffee filters!

Then, add your whole milk yogurt to the lined sieve and gather together the edges of the cheesecloth to wrap your yogurt in a bundle. Clip or tie the edges of the cloth together, then transfer to the fridge for 2-3 days. (This is how I prefer to make labneh, but some folks hang their yogurt bundle over the kitchen sink faucet and allow it to drain for 24-48 hours!)

If you prefer a softer yogurt cheese, you can strain for less time. For a harder, denser yogurt cheese that’s closer to the texture of a cream cheese block, let it strain even longer.

Now, the hard work is done, and you can let time work its magic! To make Greek yogurt, you usually can strain it for less than a full day, maybe just overnight. But, for labneh, the longer straining time is what creates its luscious, thick texture.

In the first 6 hours or so, most of the whey and liquid will strain out—so you may need to empty your bowl once or twice during that time, depending on how deep your bowl is. After those first hours though, the whey trickle will slow down significantly so you may not need to empty the bowl again until your 2-3 days of straining are done.

After your desired straining time, check the yogurt bundle to see how it’s coming along. Gather the bundle in your hands and squeeze out any excess liquid, then discard what’s in the bowl. The formerly soft, liquid-y yogurt will have thickened up, leaving you with a delightfully spreadable labneh cheese, similar to a goat cheese!

(If it feels too soft for your liking, simply place your bundle back in the sieve-bowl set up and allow to strain a while longer.)

How to Eat Labneh & How to Make Labneh Dip

After straining, your labneh is ready to enjoy immediately! If you’ve strained for a shorter time to make softer labneh, it’s delicious in sauces and soups, as a substitute for sour cream, or even on top of a baked potato. Firmer, thicker labneh can be enjoyed much like you’d enjoy a cream cheese: spread onto bagels or sandwiches, or even used in a labneh cheesecake.

Or, serve it up Middle Eastern style as a creamy labneh dip with pita bread and your favorite dippers! Simply whisk together some quality extra virgin olive oil, a bit of za’atar spice, minced parsley (or any herbs you like), and salt, then stir that mixture into your labneh.

Then, be PATIENT. Transfer your labneh dip to a jar and marinate in the fridge for about 8 hours before serving. This will seem like a long wait, but it will be well worth the added flavor once it’s done marinating!

Labneh dip is my personal favorite way to eat labneh because I get to enjoy more of its full-blown tangy, savory, sumptuous flavor. And, it’s just the plain simplest to prepare. Perfect for pre-dinner noshing, as a party appetizer, or a great way to make raw veggies more appetizing! 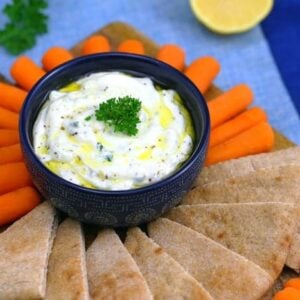 Calories: 97kcal, Carbohydrates: 5g, Protein: 3g, Fat: 7g, Sugar: 5g
Author: Alyssia Sheikh
Did you make this recipe?Share a photo and tag us @mindovermunch — we can't wait to see what you've made!

END_OF_DOCUMENT_TOKEN_TO_BE_REPLACED 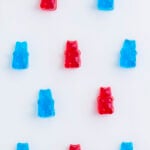 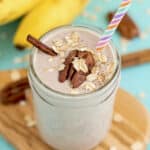 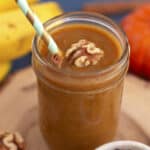 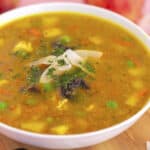