Hey friend. We all want to live longer—and often, we get caught up in ways to care for our body, like what we eat, how we exercise, how much sleep we get, etc.

While these efforts are important, they can often cause us to overlook the mental and emotional aspects of aging that are equally important.

I wanted to share a pretty fascinating finding with you.

There was a famous study done in the 70’s by positive psychology forerunner Ellen Langer and partner Judith Rodin, looking at the effects of personal responsibility and choice on nursing home residents.

All residents were divided into two groups; one group was encouraged to make more decisions for themselves about life in the nursing home (what movies to watch, where to receive visitors, etc.)

The other (control) group was encouraged to let the staff help them with these kinds of decisions.

Both groups were also given a plant to brighten up their room, but the first group was also told they have full control over their plant, and that caring for the plant was entirely their responsibility.

The control group was told the housekeeping staff would care for the plant, and they needed to take no additional action.

Residents who were allowed to care for the plant demonstrated positive outcomes including increase self-worth and improved health.

In some ways this was, perhaps, predictable; but what was not expected was that 18-months later, while members of the control group had died at the same rate that was usually seen in a nursing home, the first group, who was encouraged to make decisions for themselves and take responsibility for the plant, died at about half the usual rate.

They interpreted the findings to mean that enabling the residents to take more control in their lives, even over little decisions such as watering a plant, protected them from an earlier death.

Some suggest that, perhaps, the plant even provided a sense of connectedness, as an opportunity for the resident to feel needed and find meaning in some small way.

As humans, we are interconnected beings.

This interconnectedness reflects both a connection between the mind/body, as well as the importance of relational and social connectedness.

As humans, we need meaning—but it doesn’t have to come from saving the world. In fact, meaning doesn’t come from anywhere—we make the meaning.

If we think some “other” (plant, pet, child, spouse) external being is making our meaning for us, we are mistaken. We make the meaning within ourselves. It comes from each of us having some agency over our lives, and choosing what is important to us.

Sometimes, the way we find meaning might mean taking responsibility for things we don’t really want to deal with.

Certainly, there is power in choosing whatever it is that’s happening—whether it’s what we want or not.

All this to say, we may not have any control over the universe, but we do have control in our response to it.

We choose how to show up—and in every one of these choices (in each moment) is an opportunity to make that essential meaning for life.

What’s something in which you make meaning? Reply to this email and share with me!

Much love and gratitude,

END_OF_DOCUMENT_TOKEN_TO_BE_REPLACED 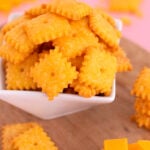 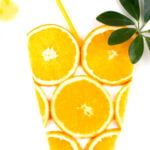 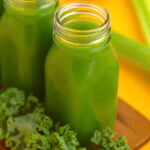