Signup
Don’t Miss a Recipe! Get new posts via email:
Home » Brain Food » Relationships with food… are you an emotional eater?

Relationships with food… are you an emotional eater?

Hey friend, in my 30 years on this planet, I spent the first 10 being blissfully unaware of food and its health impacts (neither positive nor negative), and the next 20 being hyper-aware.

As a kid, I remember being fascinated by the food pyramid.

I used to cut them out of boxes of crackers and cereal boxes and save them.

Admittedly, I think this was in part from my fascination with logos and infographics—which likely had an impact in my decision to get a BFA in Graphic Design.

At a glance, it may seem like a kid hoarding food pyramids isn’t really a huge deal.

But those diagrams of food groups and recommended serving sizes became the beginning of the manifestation of my perfectionism, my A-Type personality, and my emotional eating issues.

I remember, as an elementary school child, counting my serving sizes of these foods to see if I could meet the quota that the pyramid recommended.

I realize now, that I really wasn’t doing this out of any health or weight anxiety—I was actually a fairly confident kid and most of my body image issues didn’t show up until I was a bit older.

But this obsession was coming from a place of wanting control.

(It’s so unfortunate, too, that the pyramid’s recommendations were so wack! Following that wouldn’t do anyone very much good—other than the grain industry, which is who, by the way, funded the pyramid!)

It starts so young… And there’s not much we can do about it as a parent, no matter how on top of things you are.

My parents did a great job of encouraging us to eat well without denying or restricting.

My mom always told us to focus on clothing that fitwithout paying attention to the size, and she didn’t make comments about our weight.

But you just can’t protect anyone from all of the inundation—it’s everywhere.

Plus, kids are really smart!

My parents never even knew about my food pyramid obsession. Even though I was innocently curious, I wasn’t aware of my body-image issues I had then or those that would come later. I kept this a secret because it was MY way to maintain control.

I would secretly dispose of the snack boxes and keep the diagrams in a special box in my desk.

Fast forward through the rest of grade school. Introduce outside influences and judgments from friends, advertisements and social media along the way, and you end up with me now. I’m a 30-year-old woman with pretty typical body-image issues, struggling to manage my own relationship with food.

To be clear, I’m not blaming my struggles on those pyramids alone. They’re from all of the external inundation over the years. That, combined with an anxiety to control and perfectionist tendencies.

I’ve spent years feeling owned by food… so much guilt and anxiety.

I’ve struggled with restriction, binge-eating, orthorexia, exercise addiction, and disordered eating issues. I don’t think my experience is far off from what many people these days deal with, unfortunately.

I don’t think I personally know a single human that has grown up without struggling with their relationship with food.

But I do think it’s possible to change that conditioning as an adult.

I started Mind Over Munch in the middle of all this emotional torment, unsure that escape was even possible. But I’ve spent the last few years really working on finding FREEDOM with food—and it feels SO good.

It has been a journey of ups and downs and yo-yoing all around, but I’m getting so much closer every day.

I no longer feel owned by food.

I no longer feel GUILT from eating

I eat with intention, instead of as a mindless escape

I’ve spent a lot of time focusing on teaching specific diet and food choices to help people find what’s right for them—but I want to shift focus a bit.

I think we need to get to those underlying issues to really tackle the problem, and I want to share what has helped me.

I’ll be sharing more soon. I want everyone to feel this FREEDOM!!!

Brain Food
0 comments Leave a Comment »
« Previous PostDo you fear rejection?
Next Post » Self Compassion and My Food Freedom Win!

END_OF_DOCUMENT_TOKEN_TO_BE_REPLACED 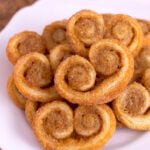 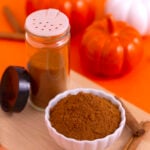 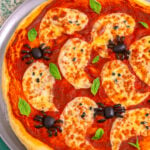 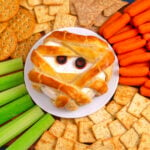 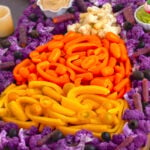